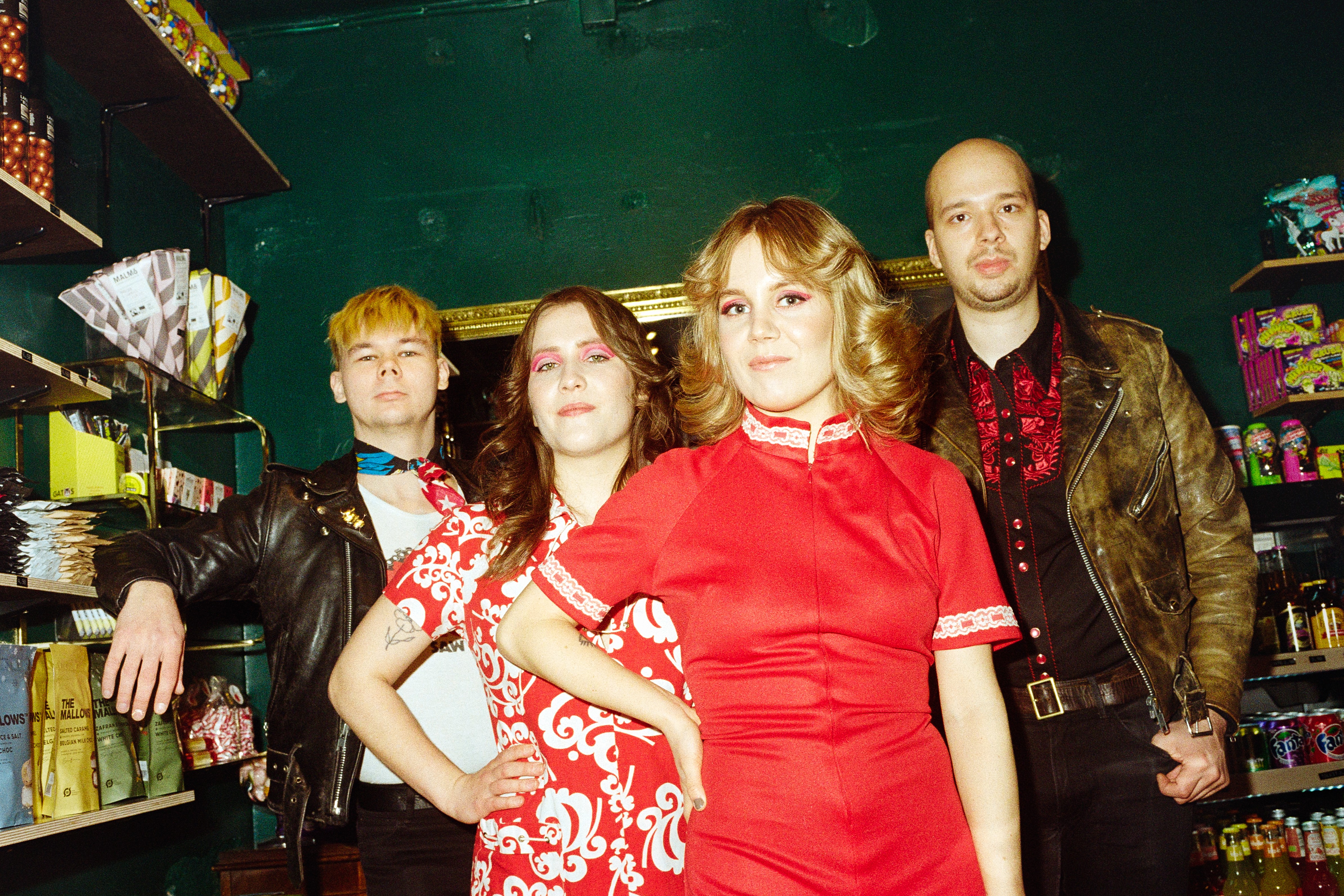 Combining raw street rock and power pop with sour but raw power, Kiss Disease’s garage punk is as catchy as bubblegum in your hair.

Kiss Disease’s first tunes saw the light of day in a stuffy bomb shelter in 2019 when singer/guitarist Ella Laine and drummer Anni Kosonen were amusing one another amidst pulsating power chords. The two were accompanied by lead guitarist Alex Stöd, who dragged bassist Petrus Hirvonen into the wicked brew. The formula was ready. Their praised self-titled EP from 2020, together with their fierce performances, sparked a wide interest in the underground circles. Encouraged by the fantastic feedback, the band took a conscious risk and began recording their debut album with no record deal in sight. Soon afterwards Svart Records hunted the band down and struck a deal with them. “Kiss Disease are a multifaceted and original group, and I can only see them progressing into an even more personal direction in the future”, comments Jukka Taskinen from the label.

The sound on Kiss Disease’s debut album, titled You Met Me at a Strange Time, is based on the rough and unpolished force displayed on the garage punk EP from last year. On the other hand, the band wanted to expand their sound to a grander and more versatile direction. Inspiration was sought from the worlds of power pop and protopunk.

“The core of our album is formed by a strong group effort. The songs were written both together and by everyone on their own, with the whole band having a say on their final form. This time we took influences from a wider spectrum, and it’s precisely this lack of a clear guideline that made us pursue a more emancipated and personal version of our sound”, says the band’s lead guitarist Alex Stöd.

The band’s sound has evolved greatly in the last year. You Met Me at a Strange Time is diverse, fierce, sensitive, and surprising, all at the same time. According to singer/guitarist Ella Laine, an existential transformation of some sort took place amid album’s creation:

“For me personally, this album embodies some sort of turning point between adulthood and the craziness of adolescence, a place where you sit up and take notice of first yourself and then the people around you. The lyrics hint at many difficult situations not spoken of aloud.”

Kiss Disease’s debut album You Met Me at a Strange Time will be released on the 3rd of June 2022. 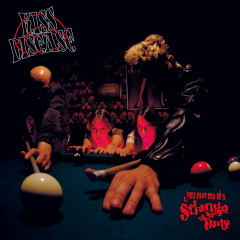 Kiss Disease - You Met Me at a Strange Time